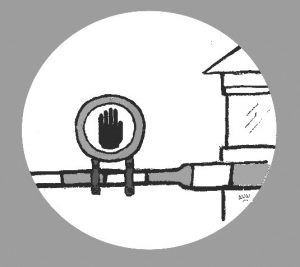 Let the government know your opinion about the bill!

The government has drafted a new Sex Work Regulation Bill (WRS). The purpose of the bill is to combat human trafficking and other abuses. It also states that the aim is to improve the position of sex workers. At the same time, the cabinet acknowledges that it puts sex workers in a position that is different from any other workers. In their opinion, this is justified because, according to them, prostitution is not a normal job and cannot be compared with other work.

The proposal is now up for consultation. Everyone can share their viewpoints. In response to the reactions, the government may decide to change (minor) parts of the proposal. Then, the final bill will go to the Parliament, which can change its content or reject it altogether. When the Parliament adopts the Bill, it will go to the Senate. The Senate cannot amend the bill anymore, they can only approve it or reject it.

The deadline for reactions to the draft bill is December 15th 2019.

This is what the bill says:

Withdrawal of the license

The complete draft Bill and Explanatory Memorandum can be found here: https://www.internetconsultatie.nl/sekswerk or here: https://www.recht.nl/nieuws/strafrecht/177463/concept-wetsvoorstel-regulering-sekswerk/

The press release from the Ministry of Justice can be found here:

What do we think of the bill?

We think adoption of this bill is a bad idea as it will not combat abuses. Instead it will make sex workers more vulnerable to abuse and violence. Sex workers who cannot register because of their age or because they don’t have the right papers, as well as sex workers who are unwilling to register because of privacy concerns and distrust in the governments ability to properly protect their data, will be pushed into the illegal circuit. They can no longer safely go to the police when they, or a colleague become a victim of intimidation, extortion, coercion or violence because they are punishable themselves. They can no longer advertise on websites such as Kinky.  Consequently, they will have to relay on others to find clients.

Clients and working relations of unlicensed sex workers are also criminalized. They will therefore no longer report abuses. Abusers know this and will take advantage of it.

The criminalization of clients and working relations of unlicensed sex workers has nothing to do with coercion, violence or deception. It only has to do with sex workers’ unwillingness or their inability to comply with the obligation to register. Coercion, violence, exploitation and deception are already punishable, irrespective whether it concerns forcing someone into prostitution or forcing someone to hand over their money or sex work under unfree conditions. The bill will not change that.

The bill was made without sex workers and fails to meet their needs. Sex workers’ warnings against the bill were not listened to. It treats sex workers as children who cannot make decisions about their own body, life and work. It increases the stigma on sex work and further marginalizes them.

We see sex workers as partners in addressing abuses rather than as unmanageable children who must be controlled by the police, the state and the brothel owners. Sex workers are adults, they are the first to have an interest in a clean sector and they know best what is good for their sector. Sex workers are not the problem, they are part of the solution.

Let the government know how you feel about this bill

We call on you to respond to the draft bill. The more sex workers and people working with sex workers oppose the bill, the more likely it will be rejected.

You can react until December 15th! You can do this by clicking on the button ‘Give your reaction to this consultation’ on this website: https://www.internetconsultatie.nl/sekswerk.  You can also write a letter and attach it as a document.

Various people have had their opinions on the bill published in newspapers.

This is an opinion piece in the Volkskrant of Marjan Wijers, member of SekswerkExpertise Registration of sex workers has the opposite effect https://www.volkskrant.nl/columns-opinie/registratieplicht-sekswerkers-heeft-averechts-effect~b585407d/

In English: New prostitution law Netherlands will have opposite effect https://www.amsterdamredlightdistricttour.com/news/prostitution-law-netherlands/

This is an opinion piece in the NRC of Rik Viergever, who is on the board of My Red Light: In this way, sex workers will not become their own boss https://www.nrc.nl/nieuws/2019/10/23/zo-wordt-sekswerker-geen-eigen-baas-a3977803

A video about the protest against the bill by PROUD, the Dutch sex workers union, can be found here: My body, my business’ – sex workers mark Halloween with protest https://www.youtube.com/watch?v=j78DzdvPoFc&feature=youtu.be

In 2017, Joke Swiebel and Marjan Wijers wrote in the NRC about the Coalition Agreement in which the bill was announced: Cabinet forces sex workers into illegality https://www.nrc.nl/nieuws/2017/10/31/kabinet-dwingt-sekswerkers-de-illegaliteit-in-13756368-a1579287